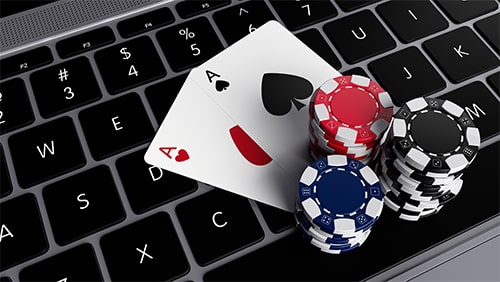 The Day 1 flights of the Caribbean Poker Party Warm-Up have been terrific entertainment, with Danish player Klaus Mortensen and Holland’s Tom Delaine leading the way in flights 1a and 1b after the final hand clicked players back to the lobby.

It’s been all change in the partypoker Caribbean Poker Party this season, with the action moving from the Baha Mar resort to the online partypoker lobby instead. Despite that, the $10 million guarantee that comes with the CPP this year between November 15th and 25th is reaching its guarantees and producing some spectacular prizepools.

It was Klaus Mortensen who ended Day 1a of the Caribbean Poker Party Warm-Up and with a half-million-dollar guarantee, there was a $500 bounty on every player’s head in the a Progressive Knockout (PKO) formatted event.

Day 1a saw 115 entries and ended with Danish player Klaus Mortensen on top, having collected an immense $4,594 in bounties and a stack of over 22 million chips.

Just 14 players would make the end of Day 1a chipcounts, with players such as Patrice Brandt (14,145,644), Jan Eric Schwippert (12,042,954), Karl-Joonatan Mets (11,398,323) turning out to be Mortensen’s closest challengers. With Canadian player Francois Billard (10,478,858) completing the top five, it was triple crown legend and partypoker ambassador Roberto Romanello who took part in the flight, but he would not make the Day 2 list, crashing out in 27th, though he did take a county with him on his way to the rail.

Day 1b saw Dutch player Tom Delaine take the chip lead into the overnight counts. With 180 entries in the field, the prizepool went past $300,000 on its way to the total guarantee of $500,000 before Sunday night’s final flight.

With partypoker seeing plenty of their ambassadors taking part, not one of the quartet of Kristen Bicknell, Anatoly Filatov, Dzmitry Urbanovich or Roberto Romanello could qualify and will be looking to fire again on Day c to make the Day seat draw.