With 581 players taking part in this week’s Super MILLIONS, it was a great week to win one, and Blegium’s Davidi Kitai proved he still has a keen eye for timing as he clinched victory and won a massive $726,839 in the process. 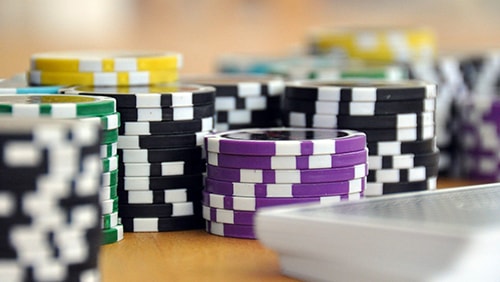 Costing $10,300 to enter, the GGPoker Super MILLIONS once again welcomed some of the best poker players on the planet into its online lobby, creating a prize pool worth an astronomical $5,810,000.

With nine players assembling at the final table, there was a huge difference between the $161,097 that Russian player ‘iplaytooslow’ would earn and Kitai’s eventual top prize, and the player finishing in 9th place lasted just one hand. Niklas Astedt shoved from th small blind with ace-deuce and ‘iplaytooslow’ failed to live up to their name, making a quick call with ace-king. A deuce on the turn, however, did not reward the correct call, and the field was reduced to eight.

Exiting in 8th place was Aleks Ponakovs, who was busted in the reverse of the first bust-out. Ponakovs moved all-in for just seven big blinds with ace-six, but when Eelis Parssinen called with king-jack, an ace on the turn helped Ponakovs’ hand but completed a Broadway straight for the Finn to leave just seven players in the hunt for the title.

Russia had two of the final nine players, but both were busted before the table turned into a 6-Max race for the win, as ‘JokerFace’’s neat play on the Lady Gaga song ‘Poker Face’ (perhaps) resulted in no laughs for the player with the jester-related name. Down to just four big blinds, JokerFace was all-in with ace-queen, but Mike Watson had ace-king in the big blind and was never folding. Only an ace on the turn arrived, and Watson’s stack got a small boost, while JokerFace departed with a $234,787 result to cash out.

With six players left, Niklas Astedt, who seems cursed in the Super MILLION$ events, somehow managed to go from chip leader to sitting on the virtual rail. Astedt moved all-in for 35 bigs with pocket sixes and when Parssinen called with pocket nines, Astedt’s chip leader stack was decimated to just 10 big blinds, enough to move all-in soon after with pocket sevens only to be outdrawn by Davidi Kitai’s ace-queen when a queen landed on the river. Kitai, who had folded ace-king when both Astedt and Parssinen were all-in during the previous hand, was hitting cards at exactly the right time in the event.

It was Mike Watson who took care of Yan, however, winning a coinflip worth 13 big blinds to Watson and his tournament life to Yan. The New Zealander had his chips in the middle with pocket fours, but Watson’s ace-king flopped a king and rivered an ace to kill a butterfly with something of a heavy mallet.

Ukrainian player ‘Brahman33’ cashed for $413,101 when he finished in 4th place, and while he also fell at the hands of Watson, it was Parssinen who would be his conqueror. The Finn took the chip lead when he ground down the former then called his 14 big blind all-in. Watson held sevens, but Parssinen had ace-jack and called to catch an ace on the turn and go into heads-up with a big lead.

With a 3:1 lead heads-up, Parssinen could almost taste victory, but it would be snatched from his jaws by a fearless display from Kitai. First, the Belgian doubled through his opponent with king-ten holding against king-nine, then edged into the lead. He would use it to devastating effect when he called Parssinen’s all-in holding ace-eight, seeing Parssinen reveal ace-deuce and no drama on the board come to stop him.

Parssinen’s stirring run to 2nd place earned him a mammoth $602,066 score, but Kitai’s victory was worth an incredible $726,839 and the envy of his peers. Nothing tastes sweeter than that.