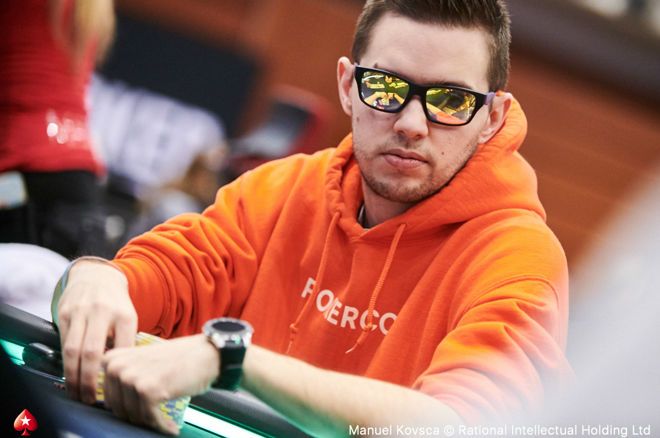 The third day of the massive 2020 PokerStars European Poker Tour Online series saw another champion crowned and bag a huge prize. Two other star-studded events progressed to their respective final tables, and what final tables they are.

One of the biggest names in world poker leads the $10,300 High Roller event where more than $250,000 awaits the winner. Let’s find out what went down on Day 3 of the EPT Online festival.

It appears Austria is the best country to live in if you want to sample success in High Roller tournaments. That’s because the three players who top the chip counts at the final table of the $10,300 High Roller event all call Austria home.

Matthias “iambest2” Eibinger is the man to catch when the final table gets underway on November 11. Eibinger is regarded as one of the best poker players of his generation and he’s now on course to add a cool $251,174 prize to his already impressive poker resume.

Eibinger returns to the action armed with 6,704,751 chips, slightly less than 1.1 million more than Christian “WATnlos” Rudolph in second-place. The chip leader got lucky when his ace-four cracked Alexandros “Pwndidi” Theologis’ kings but he never looked back after that.

There’s a near two million chip gap between Rudolph and Austria-based grinder Daniel “SmilleThHero” Smiljkovic who has Russian superstar “hello_totti” hot on his heels.

Everyone is guaranteed at least $33,034 for their efforts so far with the top four finishers banking six-figure prizes. The champion takes home $215,174 and bragging rights over their peers.

You can read up on the Day 1 action via our Live Reporting pages and discover how David “dpeters17” Peters burst the money bubble.

Seventy-one players returned to the PokerStars felt for the penultimate day’s action in the $1,050 Arena Championship and only nine of those hopefuls remain in contention for the $356,768 top prize.

Start-of-the-day chip leader Fabio Luiz “FLBonatto” Bonatto ultimately had to make do with the $10,335 prize awarded to the 20th place finisher. We’ll see Bonatto again soon, no doubt, as he’s a former Sunday Million and Platinum Pass winner. It just wasn’t meant to be in this particular event.

Sweden’s “Kihlström” claimed the overnight chip lead and has some serious distance between themselves and the chasing pack. Kihlström’s stack contains 170,012,665 chips, almost double the amount Norway’s “DON JOHAN” has in their arsenal (87,244,397).

While that lead is huge, there are some big names still in contention for the title so the Swede won’t have matter all their own way. Jeiko “JEIK0” Palma is nicely poised in third-place while Russia’s Andrey “drupa-lucker” Chernokoz is still in the hunt.

The final table shuffles up and deals at 19:05 GMT on November 11 under the watchful eyes of the PokerNews Live Reporting team.

Daniel “SmilleThHero” Smiljkovic took down the $2,100 NLHE 8-Max PKO event and padded his bankroll with a combined prize worth $113,490. Smiljkovic managed to take down this star-studded event while navigating his way to the final table of the $10,300 High Roller; what an absolute boss!

Seventy-seven players started the one-day event with high hopes and sharing the common goal of at least reaching the money places. Sam Greenwood’s quest to add another in-the-money finish ended prematurely when his queens lost to Joni “bustoville” Joukimainen’s king-seven. Greenwood popped the all-important money bubble while Jouhkimainen made it to the final table where he busted in seventh-place for a combined $17,445.

One of the biggest names at the final table, Estonia’s Aleksejs “APonakov” Ponakovs ran out of steam in fourth-place when his queen-ten lost to the ace-deuce of “luelue339”.

Andrey “drupa-lucker” Chernokoz fell in third for $41,329. He too reached another EPT Online final table; he’s seventh in chips in the Arena Championship!

Heads-up pitted “luelue399” against Smiljkovic with the latter trailing by two-to-one in chips. He managed to turn things around after becoming an overwhelming underdog and eventually scooped the title when his pocket fours held against ace-ten with the chips going in preflop.

There are also plenty of satellites running for EPT Online events, so head to the PokerStars client to find out more.