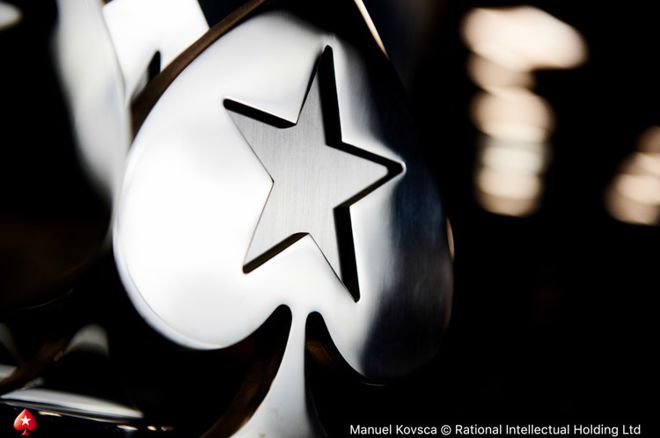 There wre yet more winners crowned on Day 5 of the 2020 PokerStars European Poker Tour Online.

However, all eyes will be on the EPT Online Event #10: $25,000 Super High Roller final table, with Andrei “ragAAAila19” Boghean leading the remaining nine players.

Check out below for all that transpired on Day 5 of the EPT Online festival.

Just 15 players started the day, and it took less than four hours to crown a winner in the PokerStars EPT Online 08: $2,100 NLHE [8-Max]. Bert “girafganger7” Stevens defeated Alexandros “Pwndidi” Theologis heads-up for $87,984 after agreeing to a deal to share the lion-share of the $500,000 guaranteed prize pool.

Stevens has only recently been revealed as the person behind the famous nickname with over $10,000,000 in lifetime online cashes with almost $8,000,000 of them coming from the PokerStars virtual tables. This score here today jumps into the eighth spot of his top ten of online results. For Theologis, this is his fourth-biggest score on the PokerStars felt.

Read How Stevens Took Down the Tournament

The mixed-game dominance of the mystery player known only as “RaulGonzalez” continues on PokerStars.

While that can be won by RaulGonzalez in a day’s work at the nosebleed mixed-game tables they frequently haunt, it will still undoubtedly be a welcome development. And the win comes on the heels of shipping the World Championship of Online Poker $10,300 8-Game just two months ago for $235,531.

The nine-handed final table in the most expensive tournament of the 2020 PokerStars European Poker Tour (EPT) Online festival is set with each of the remaining contenders in EPT Online 10: $25,000 NLHE [8-Max, Super High Roller] guaranteed a slice of the $2,000,000 prize pool.

The event drew a total of 81 entries to all but cover the guarantee and Andrei “ragAAAila19” Boghean leads the pack with nearly twice as many chips as the nearest follower.

Boghean started his rise to the top of the leaderboard on the final three tables and subsequently sent several opponents to the rail to claim the overnight chip lead. Christian “WATnlos” Rudolph sits in second place.

Others through to the final table are Eelis “EEE27” Pärssinen, Joao “Naza114” Vieira and Artur “mararthur1” Martirosian, who all hover around the middle of the pack, while Raise Your Edge founder Benjamin “bencb789” Rolle follows not far behind. The trio at the bottom of the leaderboard consists of EPT Online 03: $5,200 NLHE [8-Max, High Roller] champion David “MonkeyBausss” Laka, Juan “Malaka$tyle” Pardo and Jamie “jamienixon90” Nixon, the latter of which is in for a bargain after winning the entry in a winner-takes-all $75 Spin & Go.

Once the prize pool was official, 254 players remained but only 79 found themselves a spot in the money.

Leading the remaining 79 players by a wide margin is Andreas “mrAndreeew” Berggren with 8,422,617. Berggren sat atop the chip counts throughout the entire day but he extended his lead in the last hand of the night after eliminating Kelvin “kelvin_fp:ar” Kerber on the money bubble.

As well as the conclusion of both events 10 and 11, two more events will get underway later today in the EPT Online. There are also two events in the Mini EPT Online, including the Mini version of the Super High Roller.