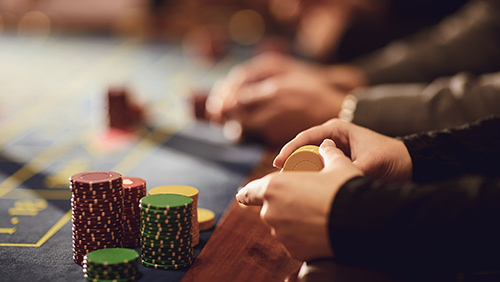 While the United Kingdom and Europe continue on the remorseless hype building up to Christmas Day, the United States took time out from pounding the online felt over the weekend to celebrate Thanksgiving. But how did some of the superstars of the stars and stripes – or nearby North American countries – celebrate?

Let’s check in with 10 bona fide poker legends, pull up a chair and go hunting for the biggest turkey and lashing of gravy… before saying ‘Thanks’.

The 1998 World Series of Poker Main Event winner, who took home $1 million when he beat Kevin McBride to the title 22 years ago, reached out to his fans to celebrate Thanksgiving.

The Poker Brat and 1989 WSOP Main Event winner took time out from making family memories to tip the Miami Dolphins to beat The Jets by over 6.5 and with a decent record in recent week, the big man, who has 15 WSOP bracelet wins, could well be in the money again.

My @NFL “Pick of the Week” is Miami Dolphins -6.5 (need to beat Jets by 7 points or more to win). @MiamiDolphins looked great when they were streaking, one bad game and the line is too low. Tua is back, and Miami’s defense is SOLID. I’m 5-5-1 on POW’s: lost 4 in-a-row #SportsBets pic.twitter.com/Sn311OBql5

The 2003 world champion was quick to thank the most important people in his life on thanksgiving, as he celebrated family life with a touching memento from this year’s Thanksgiving celebrations.

What I thankful for. Happy thanksgiving. pic.twitter.com/ycYDRdvth2

Texas Dolly was all talk on Thanksgiving as he replied to Doug Polk’s NLHE challenge to him from a few days earlier. With Polk suggesting no limit, Doyle was shutting it down, only to get a fairly instant reply about 8-Game. Could this be the poker match-up to get heated up about in 2021?

Just saw this. You have split your pants bragging about how little chance players have against you. So I’ll pass and NLH is barred from further discussion. I would substitute limit hold em instead of no limit if u are interested. https://t.co/ZeFzvHZS1B

Doug Polk’s current opponent is, of course, Daniel Negreanu, who was more than happy to break away from his efforts at the online felt to celebrate Thanksgiving with his fans from home.

Polk himself gave thanks to the people around him that have made his success possible. No, he didn’t call out the players that he’s run over with his truck in the last year, think better of him than that. Polk did, however, have a closing line worth celebrating exactly as he put it out there.

As is custom, today is a day to give thanks.

Im thankful for my loving and supportive family, my health, the freedom to pursue my goals, and to once again get to play my favorite game at high stakes.

But most importantly, im thankful WSOP has upped their deposit limits.

There was hardly anything Brian Rast wasn’t thankful for on Thanksgiving as the poker legend and multi-millionnaire included the planet we reside on in a list of things he’s thankful for. Ever the spiritualist, Rast thanked family, love, The Earth… and bitcoin, of course!

Hope everyone out there enjoys this day with their loved ones.

The legendary poker commentator and stand-up comedian had a unique perspective on the Thanksgiving celebrations and took the high ground… literally.

This year I’m thankful for Bebe Rexa lip syncing “I’m Jealous” on a giant golden turkey, surrounded by dancers dressed as turkeys, to a crowd of no one on a float sponsored by Jennie-O. pic.twitter.com/qfe7hPlTTq

Prop bets are fun in poker and on Twitter. On ‘Poker Twitter’, however, they can be dangerous. Shortly after tweeting an amusing fire sale for a joblot of neon lamps, ‘Spraggy’ challenged his social media fans to liking a post a thousand times to force him int 24 hours of non-stop action. He’s only just finished!

I AM BACK STREAMING THE MOST ENTERTAINING STREAM IN THE HISTORY OF TWITCH POKER STREAMING MAYBE EVER!! FEELING FIRED UP 🔥🔥🔥🔥! IF THIS TWEET GETS 1000 LIKES ILL STREAM FOR 24 HOURS STRATIGHT TEST ME IDIOTS!https://t.co/3juFHOFtUy

The head of Chip Leader Coaching paused his gruelling challenge against Phil Galfond to be thankful for what he was about to eat and remind the world that he’ll be a Dad in less than a month. Christmas can’t come soon enough!

Super thankful on this Turkey 🦃 Day! @Srirachaaa and I get to be parents in less than a month ☺️🥰🤩

WPT GTO Trainer Hands of the Week: Defending Your Button Vs The Chip Leader

WPT GTO Trainer Hands of the Week: Defending Your Button Vs The Chip Leader