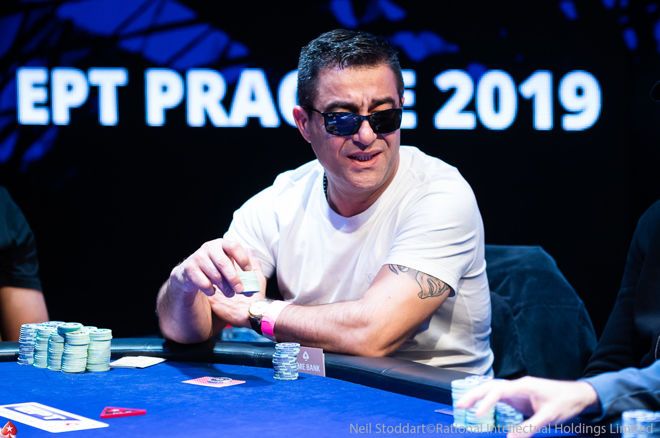 Prior to winning the 2019 World Series of Poker Main Event for $10 million, Germany’s Hossein Ensan may not have been known to American fans, but he was a familiar name in Europe due to his success on the European Poker Tour.

“It’s been a crazy year. All in all, it was really nice for me after a year of being world champion. I’m doing very well,” Ensan told PokerNews. “From the beginning of 2020, I was at King’s Casino and partypoker Nottingham. In Europe, the pandemic began at the end of February. Since that time, I didn’t play live, and online, I tried to play online a bit, but only a couple of sessions, not too much.”

Playing Against the Best on the EPT

While Ensan isn’t much of an online player, and as such doesn’t plan to play too much of the EPT Online series, he’s still excited to see the EPT return as it’s a tour near and dear to his heart.

“I was often at EPTs throughout Europe. I started with EPT in 2010 I think, and my first success was in Barcelona,” he said. “I had a very good run in 2014 and 2015. All my experience was through EPT for sure.”

As a European citizen, one of the biggest appeals of the EPT was so many quality stops in close proximity.

“From my home to the next stop by airplane is only two hours, and by car just 700 kilometers. I learned my poker through the EPT, on TV I learned a lot. I go to the EPT because I met a lot of poker friends, from Germany. I’m originally from Iran and there’s a lot of Iranian players too. The EPT has a lot of good players. That’s why I play, I like to play against good players.”

As for his favorite EPT stop, fans might not be surprised to learn it’s the one where he captured his coveted trophy.

As for what’s next for the 2019 WSOP Main Event champ, Ensan is looking forward to the return of live poker.