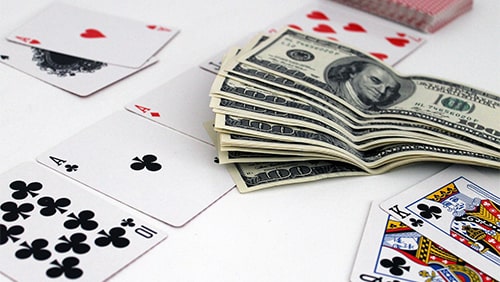 Live poker returned to mid-stakes America some months ago, thanks in no small part to the MSPT (Mid-Stakes Poker Tour) and earlier this week, Korey Payne won $327,773 by winning the MSPT stop at The Venetian.

With a swelled field of 1,239 entries and a buy-in of just $1,600, the value was there for all to see – all Payne had to do was what over a thousand players tried and failed to do – survive every other player amid some real quality at the felt.

The final table began with a bust-out, as the three-day event with a prize pool of $1,771,770 was brought closer to a close by 8th place finisher Dale Eberle, who cashed for $28,343. Eberle lost his last chips with king-queen when he moved all-in on a queen-high board and was called by Day 1a chip leader in the event, Salim Admon, who held pocket aces.

Those aces reduced the field to seven and before long, there was one less player in the final table action. Jorden Helstern was short-stacked and lost a coinflip to cash for $37,207 but miss out on the really late stages.

It took some time before the remaining six players were reduced further, but when they were it was David Poces, who lost his chips to Satoshi Tanaka. Tanaka, who earlier this Autumn won big at another final table only to be paid out in silver was hastening his way to the cash out desk to make sure that cash was indeed being paid out (it was) when his pocket tens were unluckily overtaken when all-in pre-flop against Martin Zamani’s suited ace-five which hit a diamond flush.

Zamani was becoming a real power at the table, as he has previous for doing. Back in the summer, Jonathan Little put out an interesting hand analysis video on Martin Zamani and others in one of the WSOP bracelet events that took place online in the place of live action this year.

Zamani was wielding the axe, and it took out Randy Froelich for $100,991 next. Zamani would further bolster his chip advantage, but the rise came before a fall he would not survive, two bluffs costing the experienced player dearly as he bowed up to Korey Payne.

Payne went into heads-up as chip leader, but Salim Admon wasn’t going meekly into the plexi-glassed night. Admon doubled up quickly and the heads-up battle became a bruising encounter for both players in a mental sense. The lead switched like a pedometer, back and forth to the heartbeats of the duellers, until one man fell and the other took the top prize.

In the final hand, Payne held the lead and his pair of kings on the turn saw off a pair of queens on the side of Admon. That sealed the deal and a large gap between first and second prizes that Payne was delighted to be on the right side of.

Read How One partypoker Player Built a Bankroll From $0