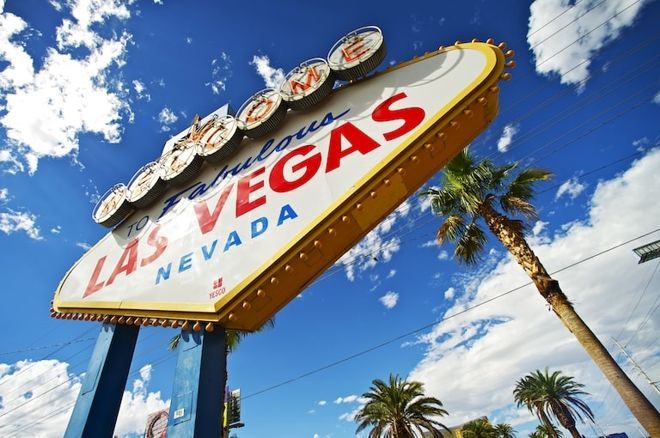 83-year old billionaire Sheldon Adelson has reportedly hired a consultant to explore the unthinkable: a full exit from the U.S. gambling industry.

Adelson’s Las Vegas Sands Corp. is allegedly looking into selling all its assets in Las Vegas, including the iconic Venetian Resort Las Vegas, the Palazzo, and the Sands Expo Convention Center.

In an article published on Monday, October 27, Bloomberg quotes “people with knowledge of the matter” as it reports about talks that could change the future of Las Vegas and, possibly, also that of online gambling in the United States.

If successful, the sale of the corporation’s Vegas business would result in a full exit from the US gambling market accompanied by more than $6 billion in revenues.

This would bring fresh resources to the group and allow further investments in Asia, where the Las Vegas Sands already runs the most profitable side of its operations through the Sands China subsidiary.

The exit from the United States could, however, be a temporary measure. As a spokesman for Sands pointed out, Adelson is likely to keep the company’s headquarters in Las Vegas, where he also oversees the business of the family-owned Las Vegas Review-Journal.

The earnings coming from the sale could also be used to pursue one of Adelson’s unachieved longtime goals: the launch of a casino resort in New York.

Albeit surprising to the general public, an exit from the US gambling market is a move that financial analysts consider to be “quite reasonable” given the company’s already strong focus on the Asian gambling market and the economic downturn caused by the COVID-19 pandemic.

Launched in 1989 when the Chairman and CEO Sheldon Adelson bought the then Sands Hotel with Richard Katzeff, Irwin Chafetz, Ted Cutler, and Jordan Shapiro, today’s Las Vegas Sands is not just a massive international multi-billion business — it is the largest casino company in existence.

Despite its roots and massive presence in Las Vegas, the majority of the company’s revenue comes from Asia.

According to some figures released by Forbes, the company reported $9.8 billion in casino revenues in 2018, the vast majority of which came from Macau and Singapore.

According to CNN Business, the US side of the Sands accounted only for just over 13% of its revenue in 2019. During the same time-frame, the Macau operations alone generated 63% of the company’s revenue.

The differences between the profitability of the Sands’ operations in Europe and Asia became even more dramatic in 2020.

This year, the company’s growth abruptly halted due to the COVID-19 pandemic forcing many of their properties across the United States and Asia to stop their operations.

“The impact of the Covid-19 pandemic on our business has been unprecedented, and I have never seen anything like it in my over seventy years in business,” Adelson shared in April when the company recorded a decrease of 51.1% from the prior year quarter.

“We are fortunate that our financial strength will allow us to continue to execute our previously announced capital expenditure programs in both Macao and Singapore while continuing to pursue growth opportunities in new markets.”

Since then, only Asia seems to have been able to get back on its feet, with Macau expected to get close to breaking even at by the end of the year.

“The indications that the company could be approaching break-even in Macau, coupled with the continued confidence the market access should progress in the coming months, should be taken positively by the market,” David Katz, an analyst at Jefferies LLC, said in a report published by StreetInsider on October 22.

What Does All This Mean for Online Gambling in The United States?

The possibility of Adelson’s moving his focus on the Asian gambling market could have major implications also for the legalization of online gambling in the United States.

Adelson, who has recently spent $75 million to support a campaign against Joe Biden, has been very vocal in expressing his aversion towards Internet gambling. And he has never hidden his intention of using his money and influence to support his ideas.

Besides financing the campaigns of many who shared his anti-online gambling views (including online poker sworn enemy, Sen. Lindsey Graham), the billionaire led the way with initiatives like the Coalition to Stop Internet Gambling (CSIG), an anti-online gaming organization he founded and finances since 2013.

As reported by the OpenSecrets.com website, the CSIG alone has spent over 1.5 million in anti-gambling activities promoted by lobbying companies like Capitol Counsel, Keelen Group, Husch Blackwell Strategies, and Steptoe & Johnson between 2015 and today.

Back in 2014, Adelson also made headlines in the tech world, with The Verge going live with an article that unveiled a part of Adelson’s anti-gambling strategy.

Adelson’s anti-gambling stands landed on the front page of Politico as well when the magazine accused the billionaire of starting an “Internet Jihad.” At that time, Adelsons revealed he feared that companies like Google or Facebook could decide to enter the gambling market and replace the traditional leaders.

“They’ll come in there, they’ll squash the other guys like … you squash the little ant running across the table or the floor and that’s going to be the end of all of it.”

That was right as Adelson revealed in an interview to be ready to spend “whatever it takes” to keep online gambling banned in the United States.

“My moral standard compels me to speak out on this issue because I am the largest company by far in the industry and I am willing to speak out,” Adelson said at the time.

“I don’t see any compelling reason for the government to allow people to gamble on the Internet.” During the same interview, Adelson also blamed the MGM and Caesar’s groups for being ready to profit from the legalization of gambling.

Something he didn’t plan to do because “I won’t go into the business,” he said. “It’s a moral issue for me.”

An issue that, apparently, did not exist back in 2003, when a subsidiary of Las Vegas Sands secured a license on the British island of Alderney to launch an off-shore online gambling operator and bring casino and poker games to the screen of millions of American citizens.

Or when the same corporation confessed to the Securities and Exchange Commission (SEC) to have spent $1.3 million to study the “feasibility of operating an Internet gambling site.”