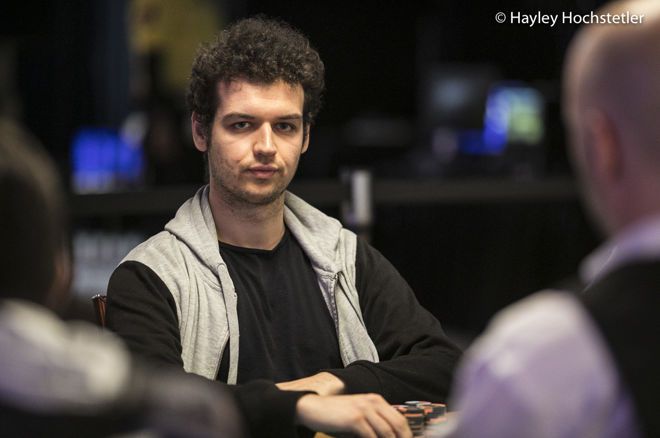 The 2020 Caribbean Poker Party (CPP) kicked off at partypoker over the weekend and its $5 million guaranteed Main Event has an all too familiar name at the top of its chip counts.

Michael Addamo turned his 1 million starting stack into a colossal 18,658,743 chips over the course of 18 25-minute long levels. This huge stack secured the Day 1A chip lead for Addamo and he’s now going to take some stopping in this tournament.

Some 490 players bought into the first of two flights – the second takes place on November 22 – and only 70 of them punched their Day 2 tickets at the first attempt.

Brazil’s Pedro Padilha Chaves came close to catching Addamo in the race for the chip lead but fell just short. Chaves returns on Day 2 with a 17,110,419 chip arsenal.

Dutchman Alexander Van Der Swaluw is the first 2020 CPP champion having taken down the $1,050 buy-in The Opener.

The $500,000 guaranteed PKO event drew in 714-strong crowd and Van Der Swaluw outlasted them all. The man from the Netherlands saw his partypoker account swell by a combined $105,251 with almost $56,000 of that prize stemming from the bounties he collected.

A huge chunk of that bounty payment came from eliminating Darren Elias in second place. Elias has won four WPT Main Events, the most of any player in history, but he had to make do with second place in this action-packed event.

Sunday is traditionally the biggest, busiest day for online poker tournament players. Sundays don’t come much bigger and lucrative than the one Finland’s Samuel Vousden enjoyed at GGPoker on November 15.

GGPoker’s High Rollers Blade Prime saw 64-players buy in for $5,250 and create a $320,000 prize pool. Only eight of those 64 starters receive a slice of the pie, with Sam Greenwood being the unfortunate soul who burst the money bubble.

WSOP bracelet winner Christian Rudolph was the first of the finalists to bite the dust. His min-cash saw $11,733 head to his account.

A trio of Russians followed Rudolph to the sidelines. Viktor Buldygin was the first of the three. Artur Martirosian and Anatoly Filatov bowed out soon after, the latter securing the $27,086 fifth-place prize.

Former WSOP Europe Main Event champion Elio Fox fell in fourth for $35,815 before Darren Elias busted in third for $47,340, sending the tournament into the heads-up stage.

David Peters and Vousden locked horns heads-up and it was the Finn who emerged victoriously. Peters collected his $62,574 reward leaving Vousden to pad his bankroll with $99,431.

Voudsen wasn’t the only player to win big at GGPoker on November 15. These other stars netted substantial prizes.

Beat The GGPoker Pros and Win a $5K Freeroll Entry

The Sunday High Roller at PokerStars saw 286 players buy in for $1,050 which left a small overlay on the $300,000 guarantee, not that Konstantin “krakukra” Maslak because he was the last player standing.

Maslak came out on top after striking a deal with two other opponents. Brazil’s “WizardOffAz” officially finished third for $42,967 which left Dzmitry “Colisea” Urbanovich and Maslak heads-up.

Maslak defeated the Team partypoker pro and got his hands on $44,682 leaving Urbanovich to net $44,560 and second place.

Some of the other big winners at PokerStars this weekend included:

Finally, for this weekend’s round-up at least, are the results from the new look 888poker client.

The other big Sunday event at 888poker is the $25,000 Sunday Challenge PKO. A field of 280 players competed this week and Sweden’s “TrollKonst8” beat them all. This resulted in a combined prize of $5,982, which included $3,029 worth of bounty payments.