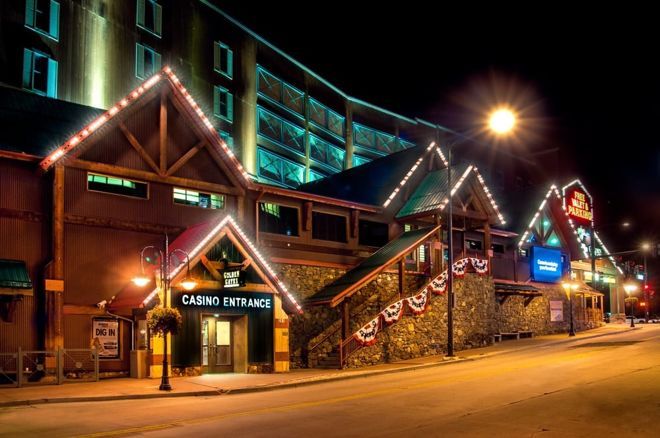 While the Nov. 3 election was centered on the tight race between Joe Biden and Donald Trump, there was actually a much smaller issue on the ballot in Colorado. Colorado Amendment 77 was a vote to allow citizens in the state’s three gaming hubs – Black Hawk, Central City, and Cripple Creek – to decide whether or not they want to increase or remove betting limits in casino games, including poker.

Due to a 2008 law, maximum bets in Colorado were capped at just $100. As such, hold’em games at venues like Golden Gates Poker Parlour, which hosts several Mid-States Poker Tour (MSPT) and Heartland Poker Tour (HPT) stops each year, are spread either as limit or spread-limit $2-$100. Poker rooms at Golden Gates, Ameristar Black Hawk, and Isle Casino reopened back in September following pandemic closures.

Well, there was good news for gaming advocates as the measure passed with nearly 60% of the vote, which means the gaming communities will now be able to expand their offerings, not only in limits but also in new casino games being offered.

“We appreciate that Coloradans supported our town’s right to determine our future so we can improve economic opportunities for the people who live and work here,” former Cripple Creek mayor Bruce Brown said in a statement. “Things won’t change overnight, but I believe this will help us get back on our feet.”

Opponents of the measure believed a change could lead to an increase in problem gambling, while supporters, spearheaded by three major operators in Black Hawk – Caesars Entertainment, Penn National, and Monarch Casino Resort – said casino tax revenue would be used for community colleges and graduate programs.

In fact, 78% of revenue will go towards those programs, while 12% would go to two nearby counties (Gilpin and Teller) and 10% to the towns themselves.

The measure was also supported by the Colorado Gaming Association and Colorado Chamber of Commerce.

Local Venues Ready for the Change

John Padmore, poker manager at Golden Gates, was among those excited to see Colorado Amendment 77 pass.

“The passage of Amendment 77 allows the voters in each gaming city (Black Hawk, Central City and Cripple Creek) to approve maximum betting limits and what games are allowed in their city by a local election,” he told PokerNews. “Changes can take effect as early as May 1, 2021.”

He continued: “For poker, I anticipate that no limit will be allowed in Black Hawk. These are exciting times. Colorado will finally compete with other gaming markets, like those in Nevada. The passage of Amendment 77 should boost travel and tourism to the area so Black Hawk becomes a destination for players who want bigger action plus the other recreational options in the area, like visiting Rocky Mountain National Park, skiing, and other outdoor activities. Plus, higher-limit players who live locally won’t need to travel out of state to get the action they want. We expect the market to increase here and the Golden Gates Poker Parlour is ready.”

When it comes to poker in Colorado, Black Hawk has played a central role hosting mid-major stops such as the MSPT, HPT, WPTDeepStacks, and World Series of Poker Circuit. Golden Gates is also well-known for their in-house Colorado Poker Championship series.

Back in January, just prior to the pandemic shutdown, the MSPT hosted a $360 Regional Event, which saw Erasmus Morfe top a 1,087-entry field to capture a $53,048 first-place prize.

Love the Denver Broncos? Get more on the team at OddsChecker US!