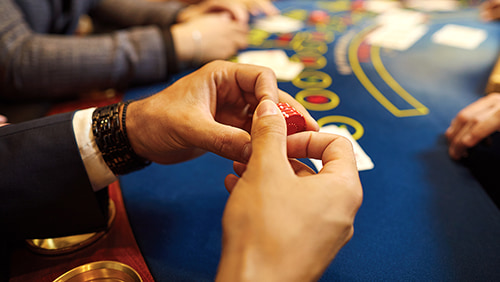 The name of Phil Hellmuth will be synonymous with poker in 50 years’ time. From being known as the youngest-ever World Champion to his ‘Poker Brat’ phase to becoming the record-holding WSOP bracelet winner, Phil Hellmuth Junior is a living poker legend. But how did the man who currently lives in Las Vegas but hails from Madison, Wisconsin become the man he is today?

Today we look at the Poker Idol that is Phil Hellmuth.

The Origins of a Record Breaker

Hellmuth might one day become a World Champion, but he began life as a self-confessed ‘ugly duckling’ of his family, struggling for grades and a place in the world. That all changed during further education, however, when his prodigious mathematical knowledge would lead to him eventually leaving the University of Wisconsin to become a poker player.

Reportedly able to compute odds at the poker table to within two decimal places, Hellmuth would take his talent at the felt to the furthest point he could in 1989, when, just after finishing runner-up in a big Las Vegas tournament, he entered the 1989 World Series of Poker Main Event, having fallen short the previous year, busting in 33rd place to the eventual winner, Johnny Chan, a.k.a. ‘The Orient Express’.

In 1989, it was to be Hellmuth’s World Series Main Event, and by pure chance, it was Chan he met heads-up for the title. With all the money on the line, Hellmuth’s pocket nines were up against Chan’s ace-seven from pre-flop. The turn card opened up a huge number of outs for Johnny Chan, but Phil Helllmuth became the youngest world champion in poker history on the river in a magical moment that will live forever.

After winning the WSOP Main Event, Hellmuth became a bona fide celebrity overnight and not just in the world of poker. Suddenly a huge name in America, ‘The Poker Brat’ became a meme before the age of memes, and while some of his TV poker appearances were as realistic as Hulk Hogan’s appearance as ‘Thunderlips’ in Rocky III, Hellmuth’s brand was stronger than ever.

As well as continuing to pile up WSOP bracelets, during the Poker Brat years, Phil Hellmuth became a global poker icon, and cemented his place in the pantheon of greats of the game. He also became a two-time father, to Phil Junior the 3rd and Nicholas Hellmuth, with his wife Katherine.

Known for hilarious TV rants, Hellmuth was one part poker legend and the other a walking, talking persona that television poker fans couldn’t get enough of.

After winning his 15th WSOP bracelet, Phil Hellmuth became not just a poker legend but a World Series end-boss without compare. His closest rivals (Doyle Brunson and Johnny Chan) have 10 WSOP bracelets, but it is the Poker Brat who is far and away the most successful World Series player of all-time. It would be easy to think that Hellmuth sticks to Vegas like glue and the WSOP, but it’s not the case. Hellmuth has reached the money 16 times in the World Poker Tour, and a record 154 times, reaching (another record) an astonishing 57 final tables.

A poker idol in his own lifetime, Hellmuth is still only 56 and has plenty of life in his unique poker personality for many years to come. Hellmuth once stated that he wanted to win 20 WSOP  bracelets… with his track record, who would bet against it?