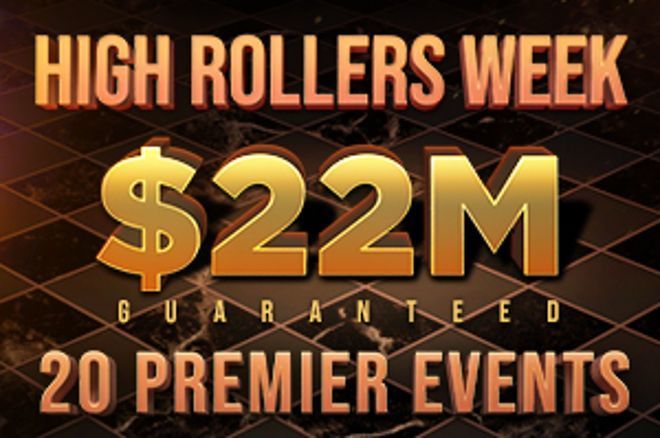 The massive High Rollers Week on GGPoker, boasting a combined $22 million in guarantees from November 8-15, is in full swing. Last night, under the watchful eye of PokerNews live reporting team, one of the biggest events of the week took place as the final table of HRW 02: $10,300 Super MILLION$ with a mouth-watering guarantee of $3M, was played out.

A total of 291 players signed up for GGPoker’s weekly key event and in the end, it was Canada’s Kyle Menard who claimed the top spot to win $628,892 in his first Super MILLION$ appearance.

With the victory, Menard followed up to another massive six-figure score just days ago when he took third in the Battle of Malta #6: $5,250 High Roller Championship for a whopping $235,088. In total, the Canadian has eclipsed the seven-figure mark in tournament earnings at GGPoker with $1,012,507 and counting.

Watch the full final table back below with commentary from Randy “nanonoko” Lew and Kevin “RotterdaM” van der Kooi.

The final table lasted a little over 2 hours and 10 minutes from beginning to end, making it a short but exciting affair. The likes of Stephen Chidwick, “PidrPan” and “goldfish55” all had to depart in quick succession, while Timothy Adams, who made his first-ever Super MILLION$ final table, ended up in fifth place.

Canada’s Philippe D’Auteuil took full advantage of GGPoker’s unique staking feature and sold 50% of his action at a mark-up of 1.13. Ami Barer, who bought all 50% of his countryman’s action, will see a sweet return on his investment as D’Auteuil cashed for a massive $354,582.

Menard overcame PLO-specialist Eelis Parssinen heads-up over the course of just three hands. In the final hand, Menard bet all three streets including a jam on the river on a queen-high board after opening the action on the button with queen-jack. Parssinen called all the way with queen-seven and his weak kicker came into play to give Menard the victory.

Despite missing out on the win, Parssinen more than doubled the $378,547 in career tournament earnings at GGPoker with second place worth $472,222.

While Menard stole the spotlights with the biggest win of the week thus far, there’s were plenty of massive scores celebrated in the poker community in the other events. Last night, Germany’s Julian Stuer conquered a 130-player field in HRW 07: $10,300 NLHE High Roller, $1.25M Gtd. for a score of $264,635. The event drew headlines as Formula One World Champion Lewis Hamilton made his GGPoker debut in the event.

Stuer overcame a final table chock-full of some of poker’s best, including GGPoker’s Bertrand “ElkY” Grospellier, Sami Kelopuro, Isaac Haxton, Daniel Dvoress, and Dan Smith. Runner-up was Belgian star Bert Stevens, who did an ICM-chop with Stuer to walk away $262,470 richer. After the nearly equal chop, the pair decided to go blind all-in to decide the winner of the event which ended up in Stuer’s favor.

More winners have already been crowned during this series including Aku Joentausta, who cashed $271,790 and won the title in HRW 03: $10,300 PLO High Roller, 1M Gtd.. Other big winners during the week include “UknowWhoIam” and “Cantaloupe7”.