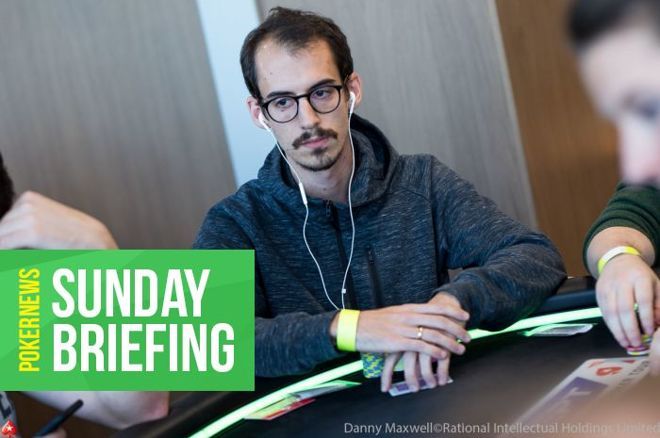 Pascal Hartmann is enjoying a purple patch of form and can seemingly do nothing wrong. Hartmann won the GGPoker High Rollers Blade Mulligan a couple of weeks ago for $95,537 and the same Sunday that he banked $63,109 in the partypoker High Roller Big Game and netted $71,015 in a Bounty Hunter Series event.

That incredible form continued on October 25 when Hartmann triumphed in another GGPoker event. He finished first from 99-entrants in the $10,300 buy-in BHS 339: Super MILLION$ Bounty Hunters event.

This victory, which came after battling with Michael Addamo and Isaac Haxton three-handed, weighed in at a massive $252,439 with bounties included. A cool $172,500 of that sum stemmed from eliminating foes! Nobody is going to be happy to find Hartmann at their table with him running this hot.

“rabblerouser” helped themselves to a similar-sized score by triumphing in the High Roller MILLION$ event. Some 490 players fought it out for a slice of the $1,500,000 prize pool but it was the aforementioned Canadian who secured the biggest prize.

First-place weighed in at a colossal $275,594 with the second and third place finishers each padding their bankrolls with six-figure prizes. Joao Vieira finished in third and saw his lifetime winnings swell by $129,391 while runner-up “UknowWhoIam” walked away with a $188,837 consolation prize.

Check out some of the other highlights from the GGPoker Sunday schedule on October 25:

There was plenty t shout about over at PokerStars too. Swedish legend Niklas “Lena900” Astedt came out on top of a 250-strong field in the $1,050 Sunday High Roller 8-Max and saw his initial investment grow to $48,071.

Matas “bebaimis777” Cimbolas increased his hourly rate exponentially by triumphing in the $1,050 Sunday Supersonic. The tournament started at 11:00 p.m. CET and finished at 01:09 CET, a mere two-hours and nine-minutes later.

During that time, Cimbolas outlasted 55 opponents and secured the $19,998 top prize for an hourly rate of almost $10,000 per hour! Nice work if you can get it!

Just check out how tough the six-handed final table was:

Some of the other highlights from PokerStars included:

Over to partypoker now where one of the site’s ambassadors won a Sunday major. Isaac Haxton outlasted 99-opponents in the latest edition of the High Roller Big Game.

Those 100 entrants battled it out for a share of the $502,000 prize pool. Only the top 16 finishers won a prize with Roberto Romanello, Haxton’s teammate, falling in 17th to burst the money bubble.

The $530 buy-in edition of the Big Game saw 517 players create a $261,800 prize pool. Former WPT500 champion Fabio Sperling was the last player standing, a result worth a cool $48,190. Sperling defeated Canada-based Australian Stevan Chew heads-up to lock up the title; Chew banked $34,323 for his runner-up finish.

Some of the other chunky scores at partypoker on October 25 included:

Which partypoker Team Pro Are You? Take This Quiz and Find Out!

Finally, the goings-on over at 888poker where the $100,000 Sunday Mega Deep missed its guarantee once again. A field of 901 left the tournament 99 players short of its guarantee, not that Argentina’s “JoaquinRuiz” cared because it meant they got to the $18,750 top prize sooner.

The other result of note was Sweden’s “Ilikepugs” coming out on top in the $25,000 Sunday Challenge PKO event and winning a combined prize worth $5,358.