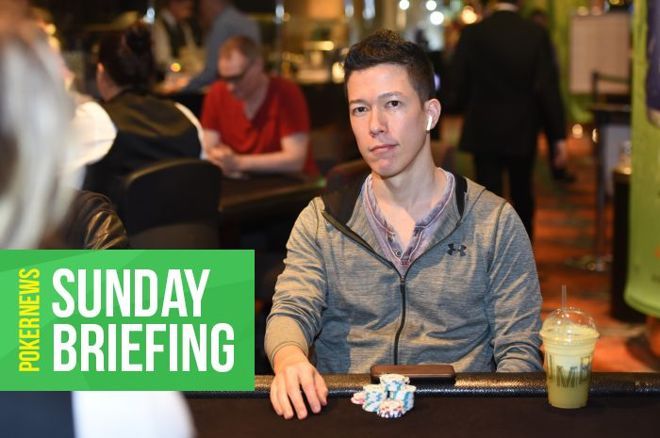 It was Halloween over the weekend and some of the prizes awarded in the biggest online poker events were nothing short of scary. Some of the world’s elite tournament grinders padded their bankrolls with substantial scores, here are some of the highlights.

Thomas Muehloecker took down the $5,250 High Rollers Blade Prime at GGPoker and secured the tournament’s only six-figure prize. As you’d expect from a tournament of such magnitude, the field was packed with the game’s superstars.

Addamo Wins Yet Another Major Event

Michael Addamo secured a $70,336 prize and yet another major online title. The Australian superstar won the Bounty Grand Master HR $3,150, a Battle of Malta side event.

Exactly 100 players bought in and it was Addamo who emerged victoriously. After battling at the final table with the likes of David Peters, Dario Sammartino, and Artur Martirosian, Addamo found himself heads-up against Andras Nemeth; things don’t get any easier in these high stakes events! Addamo being Addamo managed to win his heads-up fight and walked away with a combined prize worth $70,336.

Some of the other highlights from GGPoker’s events included:

A field of 138 of the world’s top players bought into the partypoker Big Game High Roller on Sunday and created a guarantee-busting $357,500 prize pool.

Adrian Mateos was the unfortunate soul who burst the money bubble, leaving the likes of Jeff Gross, Ole Schemion, Fabio Sperling, and Sebastian Sikorski to collect some prize money.

Everyone at the final table walk away with a five-figure prize for their $2,600 buy-in. Such luminaries as Francois Billard, Aliaksei Boika, and Juan Pardo Dominguez being among the first to fall at the final table.

Check out these other partypoker results:

Find Out How to Qualify for the partypoker Monster Series for Just $0.11!

Over at 888poker, the site’s two biggest Sunday tournaments were won by players from opposite sides of the world.

Brazil’s Romulo “Dred_Rednose” Barreto took down the $100,000 Mega Deep, which missed it’s guarantee, again, by 97 $109 entries. The Brazilian champion wasn’t bothered about this because they got their hands on the $18,750 top prize.

Germany’s “RUMUKULUS” was the biggest winner at PokerStars this weekend courtesy of being the last player standing in the $1,050 Sunday High Roller. A field of 323 entrants created a $323,000 prize pool that the top 39 finishers shared.

RUMUKULUS had a tough time at the final table, as would you if you were seated with the eight others who reached it. Team PokerStars Pro Lex “L.Veldhuis” Veldhuis’ exit in seventh-place made the waters less shark-infested, however.

Gary “quiditbear” Hasson and Dominik “Bounatirou” Nitsche and Juan “Malaka$tyle” Pardo fell after Veldhuis, the latter in third-place for $34,114.

Denmark’s “JackRipperJr” busted in second-place and got their hands on the $45,530 consolation prize, leaving RUMUKULUS to net the $60,764 top prize and the title of champion.

These were the other notable victories at PokerStars this weekend: