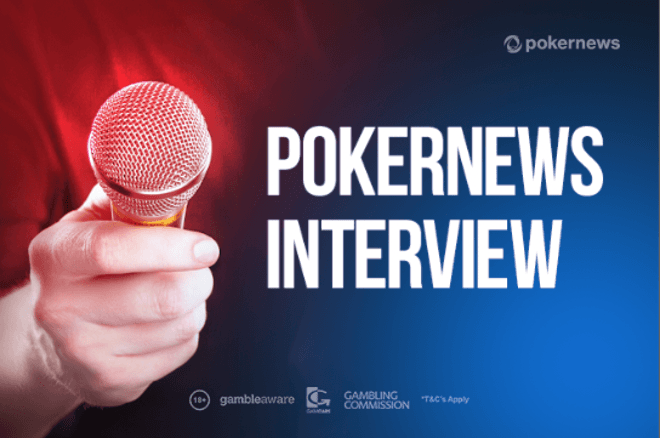 David Arnold is a player you will have battled with if you ever play at Run It Once Poker. You won’t know it’s him because Run It Once employs a Table Alias to keep players anonymous and to protect them from predatory behavior. Not that Arnold is bothered much about that because he’s a regular winner on the site.

Run It Once Poker leadRboards

Arnold has excelled in the Run It Once leadeRboards over the past few months. Winning the PLO20 and PLO50 races a few times and regularly featuring in the top three places, padding his bankroll with free cash and even more Legends rewards.

The 31-year-old from the awesomely named Moose Jaw in Saskatchewan, Canada, which is, apparently, home to the world’s largest moose statue known as Mac the Moose, has played poker for more than 15 years. His Uncle Dave and father Kevin introduced him to poker during a home game.

A few years later, when he was old enough to play online poker, he did exactly that, joining Full Tilt Poker. Arnold started at NL50 and quickly progressed to NL400.

“Multi-tabling for me was always easy for some reason. I started out playing four tables and quickly got to 15 tables at once. That was the most invaluable skill as it allowed me to make more money faster, especially back then when the games were very good.”

Making The Switch To Pot-Limit Omaha

He switched to Pot-Limit Omaha in 2014 despite all of his success in the Hold’em games. This is because he was aiming to hit the now-defunct Supernova Elite VIP level at PokerStars. PLO players earn more points than NLHE players per hand.

“In 2015, I reached Supernova Elite playing mainly PLO200. After this, I rarely played no-limit hold’em as I just fell in love with PLO. I mean, who doesn’t love getting two more cards?”

More recently, it is Run It Once Poker where Arnold has spent a large percentage of his time grinding. The relatively new addition to the poker world is continually growing and evolving, doing so with its customers at the forefront of their thoughts. Why did Arnold swap the world’s busiest online poker site for Run It Once Poker?

“What first attracted me to Run It Once Poker was Phil Galfond. The guy was and still is one of my poker heroes. So when I heard he was creating a site, I knew it would be something special. The rake is structured in a way where you can win even at the lowest levels and build a bankroll, whereas on other sites this is almost completely impossible it seems. Especially with the leadeRboards, one is able to build a very nice bankroll on the site starting with almost nothing, which is great for poker.”

Indeed it is good for the game and should be commended.

Winning any leaderboard is no mean feat due to the intense grinding required. Arnold has never had an issue with putting in long hours at the poker table.

A Typical Day in the Life of a Grinder

“When you are used to driving a tractor for 16 hours a day, sometimes playing a little poker isn’t so tough!”

A typical leaderboard grinding day for Arnold starts at 7:00 a.m., have a shower, get dressed and check out what games are running. He’ll then commit to playing all day until the games completely break up. He then heads to the gym to blow off some steam, comes home, eats, and relaxes by watching some movies.

“Sometimes, it’s 12-hours of straight poker. If it’s a weekly leaderboard I do this for the first few days and hopefully, gain a good lead. If it’s a daily leaderboard, then it’s over in a single day. I enjoy playing both formats, some players prefer the daily ones more.”

Grinding for a prolonged period of time can be tough mentally and you can sometimes become your own worst enemy. We’ve spoken to leaderboard winners in the past who say it’s difficult to play your best poker when you have other players breathing down your neck and racking up points. There are hurdles to overcome if you want to be a leaderboard winner.

“As far as the biggest hurdles to get over when grinding leaderboards, I would say just try not to tilt as that can quickly ruin your sessions. Also, you may have to play heads-up or short-handed a lot, which can seem intimidating to some players, but it is so much more fun than playing at a full table.”

Hard Work Pays Off in the Long Run

Arnold admits that he’s not much of a student of the game in respect of reading books and analyzing hands, he prefers learning on the job, so to speak, gaining experience through playing the game. He has watched some PLO strategy videos by his hero Galfond on the Run It Once training site, which he highly recommends doing if you want to take your game to the next level. To succeed in poker, however, you need to be prepared to work hard.

“I don’t have an end goal in mind, maybe Las Vegas and the Mirage? The great thing about poker is that anyone can learn to win. Anyone can work hard, you just have to put in the work and it pays off in the long run.”

For the time being, Arnold plans to continue grinding the PLO20 and PLO50 cash game leadeRboards, but he doesn’t have any real poker-related goal in mind. If you want to be a leaderboard grinder, Arnold suggests you should also make sure you’re having fun and love playing poker. You should also plan your sleep around the times where the games are busier and don’t be afraid to play short-handed or even heads-up.

It shouldn’t come as a surprise after reading this interview that Arnold is a big fan of Run It Once Poker.

“If you’re considering trying out Run It Once Poker, I highly recommend it. The software is amazing with the dynamic avatars and the games themselves are great. It almost feels like you’re playing live poker. I’ve seen some plays that I haven’t seen since 2008, which is great for poker! It has a very friendly community and you can build a bankroll from the smallest stakes.”

Claim Your Special €600 Run It Once Poker Bonus

So there you have it, Run It Once Poker should be the next online poker site that you give some business to. If you download Run It Once Poker via PokerNews, you are entitled to a 100% up to €600 welcome bonus.

All your deposits for the first 30-days after your first deposit are matched 100% up to a combined total of €600. You also have forever to release the bonus into your playable balance as long as you play at least one raked hand every 30-days.

The bonus released into your account as shown in the table below: