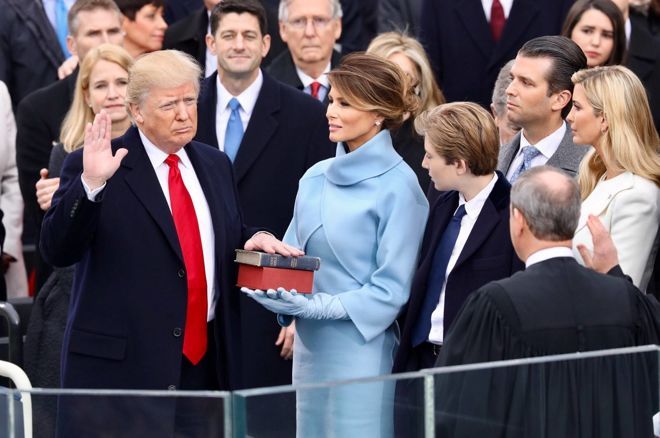 On Nov. 3, either Donald Trump will win re-election, or Joe Biden will take over office and become the 46th president of the United States. In this two-part series, PokerNews will gaze into the crystal ball and try to divine what effect either candidate’s victory will have on the future of online poker in the U.S.

Former casino owner becomes president of the United States. That can only be a good thing for online poker players, right?

If that was the hope of poker players across the U.S., those hopes have been largely dashed over the past few years. In fact, just the opposite has occurred at the federal level, despite progress on a state-by-state basis.

The DOJ Zeroes In

Shockwaves reverberated throughout the poker world in early 2019 when an announcement emerged from the U.S. Department of Justice.

The Obama Administration’s interpretation of the Wire Act, which had paved the way for legal online gambling in 2011, had been revisited. And the new sheriffs in town had a new opinion: the Wire Act did not only apply to sports betting, but all forms of gambling. Therefore, any transmission of information for the purposes of such gambling that crossed state lines violated the Wire Act, which expressly forbade such transmissions.

That put the legal online gambling industry, which had gotten rolling in several states and was being discussed in several more, on suddenly shaky ground. Even internet servers located outside the state would put something as seemingly simple as online lottery in violation of the Wire Act.

Dated from November 2018, the DOJ memo raised questions among industry heads. Many suspected that long-time Republican mega-donor Sheldon Adelson, the biggest and most influential opponent of iGaming expansion, had finally gotten the ear of someone with a say over federal policy.

Online poker, thanks to the shared liquidity agreement that allowed Nevada, Delaware, and New Jersey to combine their player pools, landed squarely in violation of the new opinion.

Check out PokerNews’ US Legislative map to learn the outlook of poker in your state!

Resistance to the memo understandably cropped up in a hurry. After all, states like New Jersey and the freshly legislated Pennsylvania had built their budgets to account for the tax money acquired via online gambling.

The quickest to act was New Hampshire, which raised suit against the government. That case initially went in its favor as a District Court judge agreed with the 2011 interpretation.

However, illustrating how committed the DOJ was to enforcing the opinion and putting a damper on the legal online gaming industry, they appealed the ruling. The case continues to the present day, and reading between the lines of a recent virtual court hearing produces a clear conclusion: online poker specifically has been targeted by the DOJ.

Luckily for poker players and the states who rely on the millions of dollars in tax revenue from iGaming, most pundits have installed New Hampshire as solid favorites to ultimately prevail.

However, industry expert Steve Ruddock recently opined to PokerNews that “it really doesn’t matter until it gets to the Supreme Court,” an outcome that’s been expected from the start by even the initially presiding judge himself.

All of the paints a clear picture: a Donald Trump re-election would be bad news for online poker players in the U.S. hoping for continued legislation.

While online poker has advanced under Trump with the addition of Pennsylvania and, soon enough, Michigan, it’s come on a piecemeal, state-by-state basis. The only messaging from the federal level has been staunchly anti-poker.

The one piece of silver lining could be the possible pending departure of Adelson from the U.S. casino market. Should Adelson sell off his stateside assets as has been rumored, he’d have little incentive to keep throwing money at his perceived problem of U.S. online gambling expansion.

That may open the door for more progress than expected, and it would be a clear indicator of what was behind the Wire Act re-interpretation.