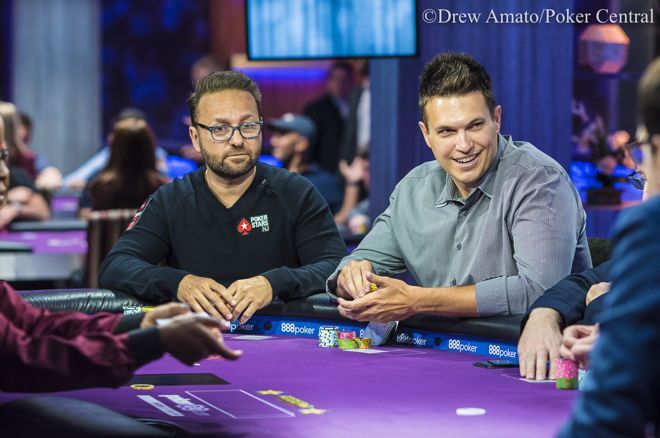 One of the longest-running feuds in modern poker history looks set to come to a head next month as Doug Polk and GGPoker’s Daniel Negreanu square off in a hotly anticipated online grudge match.

Talk of a heads-up battle between the two started all the way back in August 2014, although nothing came to fruition back then.

If this tweet gets 1k retweets I will come back to poker for a No Limit Hold’em heads up for rolls grudge match aga… https://t.co/MNyTO8nHzg

So, with the pair agreeing on the parameters for their heads-up duel earlier this month, PokerNews takes a look at everything you need to know about the match.

Here we try to answer the most pressing questions surrounding the match:

Read on for more in-depth discussion around the match and the two competitors!

Who is Daniel Negreanu?

Daniel Negreanu is a six-time WSOP bracelet winner and two-time WPT Champion. The 46-year-old was born in Toronto, Canada after his parents emigrated from Romania.

He started playing poker aged 21 before becoming the youngest WSOP champion ever after winning the $2,000 Pot-Limit Hold’em event at the 1998 WSOP. In 2004 he was named WSOP Player of the Year after taking home another bracelet.

Negreanu was previously a PokerStars ambassador until he left the site in an “amicable split” in 2019, and now represents GGPoker.

How much is Daniel Negreanu worth?

As of October 2020, Negreanu is currently ranked third in the all-time money list on The Hendon Mob, with total live earnings in excess of $42 million.

He has cashed for over $1 million on eight separate occasions in some of the most prestigious tournaments in the world. This includes cashes in the WSOP Big One for One Drop, the Super High Roller Bowl, the Five-Diamond World Poker Classic, the PokerStars Caribbean Adventure and the Aussie Millions Main Event.

Who is Doug Polk?

Doug Polk is a 31-year old “semi-retired” poker player, also known by his online moniker “WCGRider.” After dropping out of college at 19 to pursue poker full time, Polk has put together quite the poker résumé.

Such are the accomplishments he has achieved during his poker career, some have even speculated whether Polk could even join Negreanu in being inducted into the Poker Hall of Fame.

In September 2018, Polk announced his “retirement” from poker in a YouTube video stating that he wasn’t going to play poker anymore. Obviously things have changed.

How much is Doug Polk worth?

According to The Hendon Mob, Doug Polk has cashed for almost $9.5 million and is currently ranked 101st on the all-time money list. He is most known for his three WSOP bracelet wins, the largest of which came in June 2017 when he won the $111,111 High Roller for One Drop.

When will the match take place?

The match will take place on November 1st 2020, according to a Twitter exchange at the start of October. This would be dependent on product and venue, according to Negreanu.

Where will the match take place?

According to Negreanu, both players will play from their own houses. Negreanu stated that he agreed to a request from Polk to an “inspection” so as to verify Negreanu wasn’t using any real-time assistance (RTA).

READ MORE: What Is Real-Time Assistance (RTA)? Is it Legal?

Negreanu agreed to a webcam in order for the match to be streamed, but said on October 2nd that he would not be showing his hole cards.

What format will the match be?

He also said that if both parties agreed, the pair can “kick up the stakes” during the second half of the match.

How have the players been preparing for the match?

Following the announcement that the match would take place on November 1st, both players have been taking time out from their busy schedules to prepare for the match.

On October 5th, Polk stated that he had been practicing for two months, but followed that tweet up on October 6th saying he had lost 10 buy-ins playing $50/$100.

Meanwhile Negreanu worked on his poker game in a charity event for St. Judes, but also suggested that he had also been playing $25/$50 in preparation.

Who will win between Daniel Negreanu and Doug Polk?

At this point, it’s too early to say who will be better prepared, and therefore who will win between Daniel Negreanu and Doug Polk. Even Polk himself in a recent tweet stated that he did not know “how good or bad [Negreanu] is going to end up being.”

Both competitors are keeping their cards close to their chest, and we’ll just have to wait until November 1st to see exactly who is going to come out on top.

Who do PokerShares have as favorites?

As of October 26th, PokerShares currently have Doug Polk as a strong favourite:

Who do you think will win?

We’re asking PokerNews readers who they think will win in this heads-up contest between Daniel Negreanu and Doug Polk?