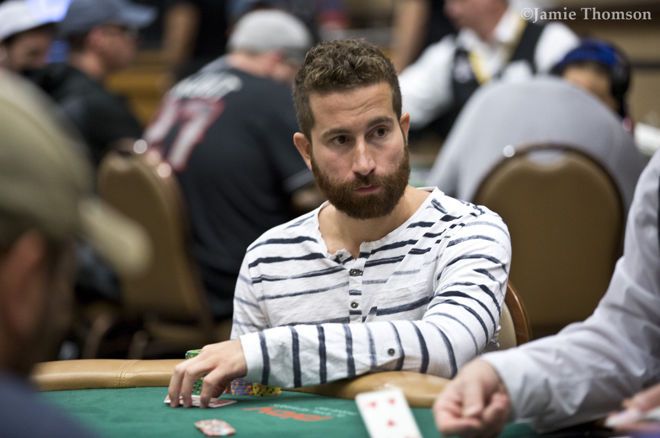 Jonathan Duhamel is taking the phrase “embrace the variance” to a whole new level.

The 2010 World Series of Poker Main Event champion has become embroiled in a tax dispute with the Canadian government, according to a report from The Canadian.

The Canada Revenue Agency alleges that Duhamel’s poker activities constitute the running of a business and he’s therefore responsible for CA$1,219,114 in federal back taxes stemming from 2010-2012. That number could double with state taxes to Quebec, which would bring the total to roughly CA$2.4 million (~$1.8 million).

Duhamel, who has won $18 million and sits 33rd on the all-time money list according to The Hendon Mob, counters that his poker winnings are “the result of chance.”

Not coincidentally, Canadian tax law does not require payments from winnings stemming from games of chance.

Both sides have laid out arguments in the linked piece for the case, which is set to hit the courts next March.

The tax authorities maintain that Duhamel’s poker playing clearly constituted a business and not recreational gambling because he took the game very seriously, played heavy volume with 40-plus hours per week, and didn’t earn other income. They also cited his piece swaps as evidence he was operating a business.

Duhamel’s counter is that has never “received specific training” in poker, and that luck therefore drove him to the millions he won. He says being labeled a professional poker player by sponsoring site PokerStars was purely for marketing purposes.

Unanswered Questions and Other Notes of Interest

The tax dispute isn’t the only notable thing to come out of the story. The piece from The Canadian provided some fascinating insight into the life and finances of a WSOP world champion.

For instance, the piece notes Duhamel’s swaps cost him $4.1 million of the $8.9 million he won when being crowned world champion in 2010.

Furthermore, Duhamel’s post-WSOP contract with PokerStars was spelled out as a contract worth $1 million for the following year. Of that $1 million, $480,000 was paid out in cash while another $520,000 was provided as tournament entries and fees.

It’s also interesting that the only taxes in question seem to stem from 2010-2012. By no means did Duhamel’s poker exploits stop then. In fact, while he has slowed down immensely in recent years, he won about $6.5 million from 2013-2015. He produced a banner campaign in the latter that saw him win just shy of $5 million, highlighted by his second bracelet and almost $4 million in the $111,111 High Roller for ONE DROP.

He also maintained his sponsorship with PokerStars through early 2015.

There are also some discrepancies between his alleged incomes in these years and the cashes credited by Hendon Mob, though they could be made up by sponsorships and changes in exchange rates.

What are Duhamel’s chances of success when the case hits the courts next March, assuming there’s no settlement?

Answering such a question would be beyond the scope of this piece, but The Canadian reports that Duhamel’s lawyer plans to zero in on a 2006 case in which two recreational Canadian gamblers were cleared of tax liability after a hot streak betting sports.

However, it’s notable that many Canadian pros, even the elites, have frequently opted to skip the WSOP and other U.S.-based events because the heavy tax burden strongly hinders their expected value. That would seem to indicate if Duhamel is indeed classified as a professional player, he’s likely to be on the hook for the hefty sum.